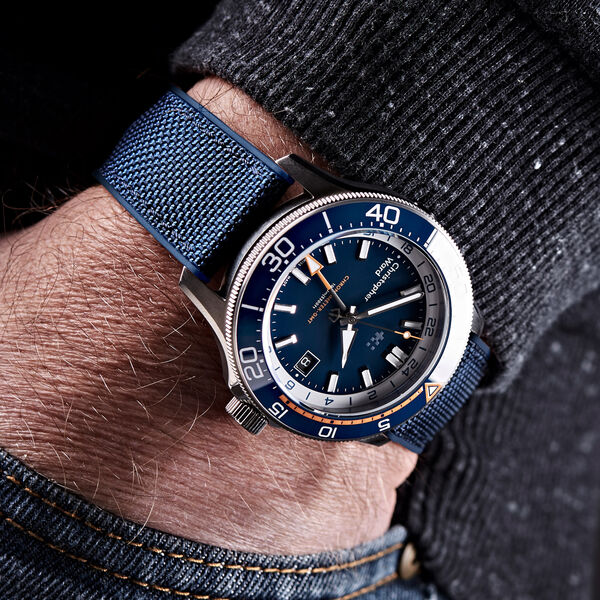 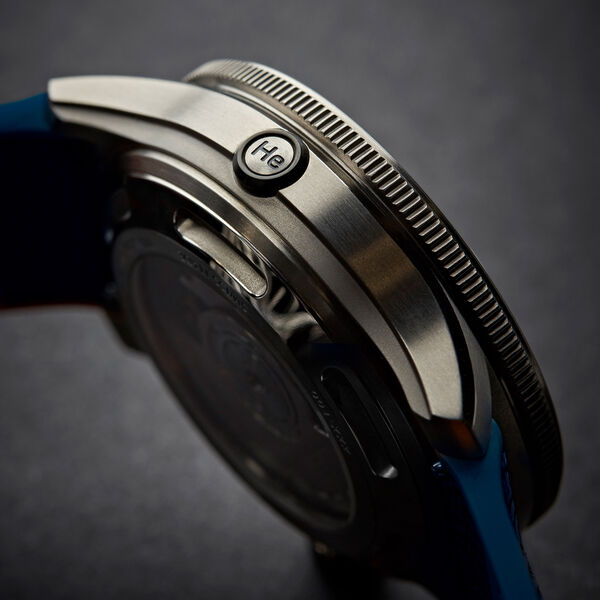 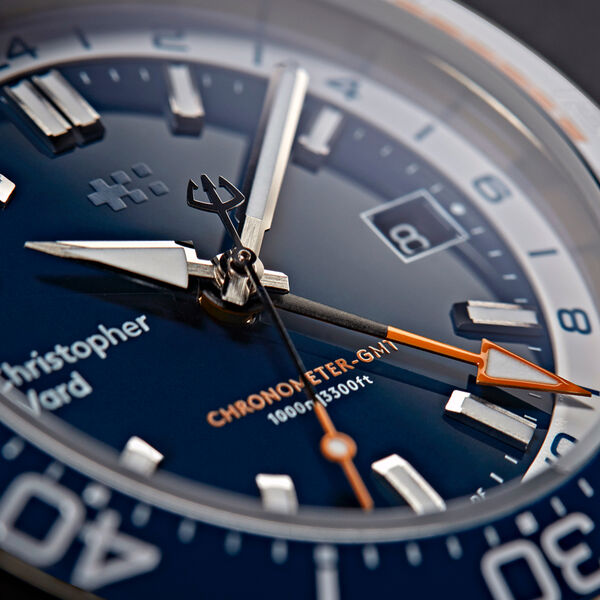 How many GMT-ready watches are there that can also operate at depths of 1000m? With an internal 24-hour ring and external countdown bezel, the new C60 Elite GMT 1000 is a dive instrument to be relied upon – and with a Grade 2 titanium case and chronometer-certified movement, it has the elite levels of technicality to match. 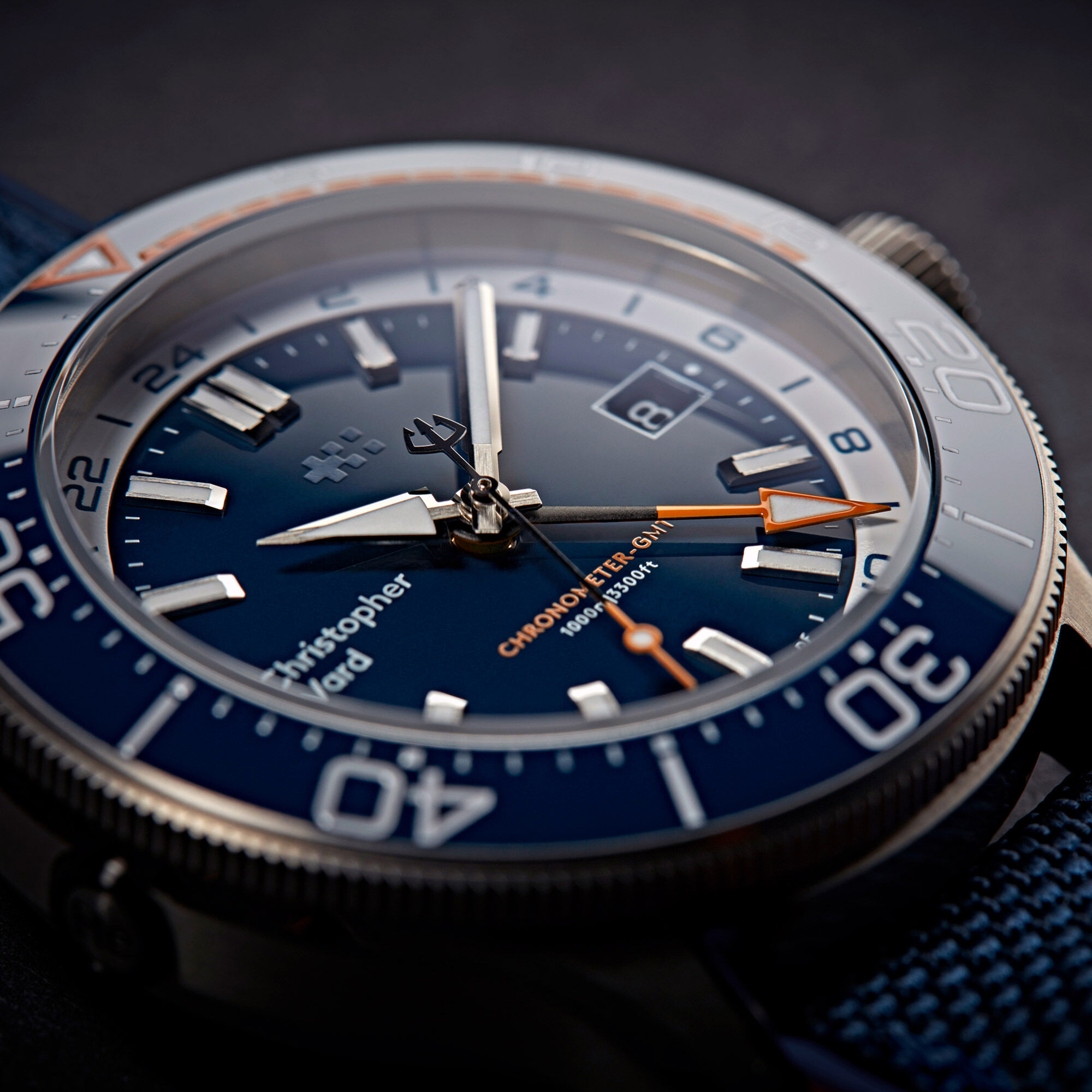 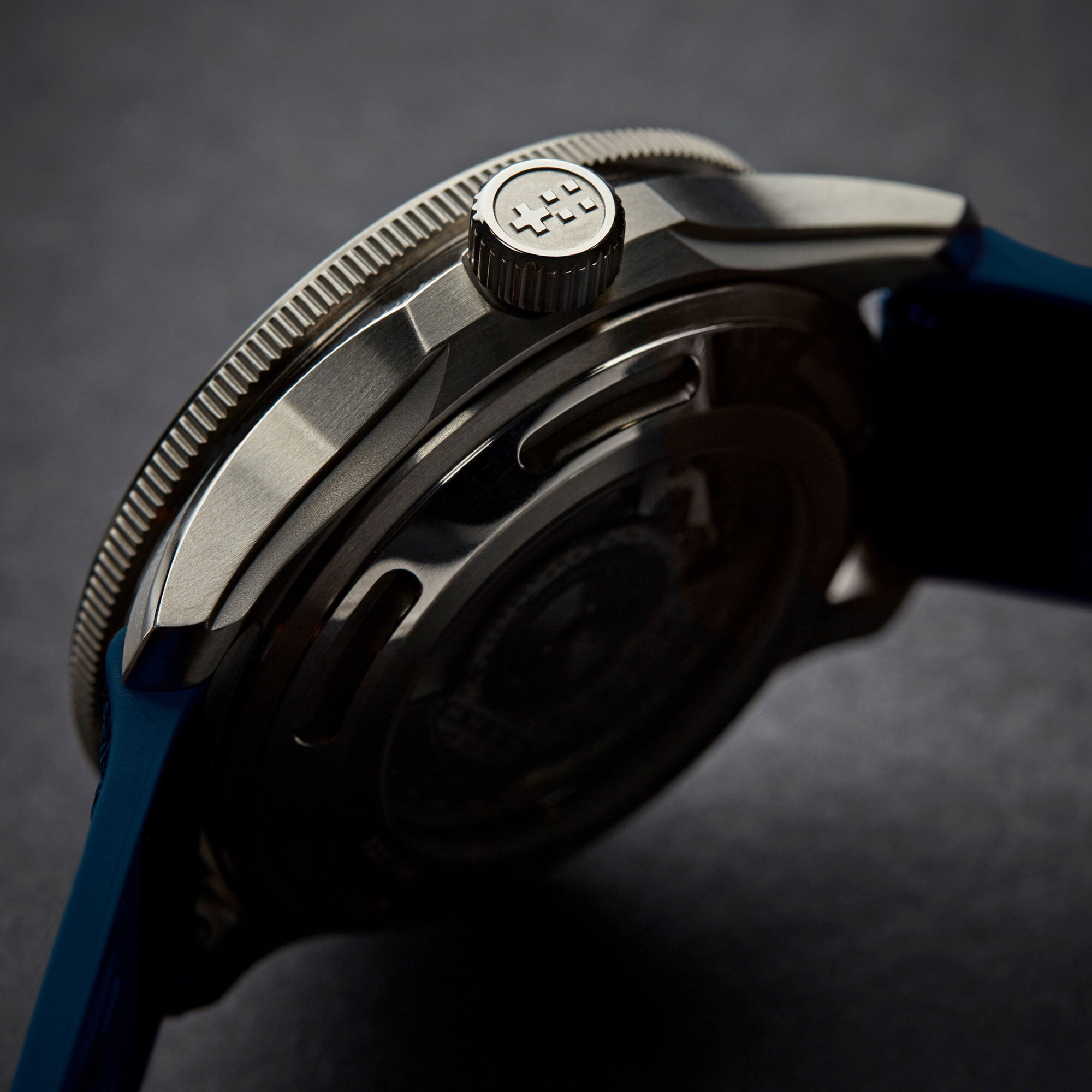 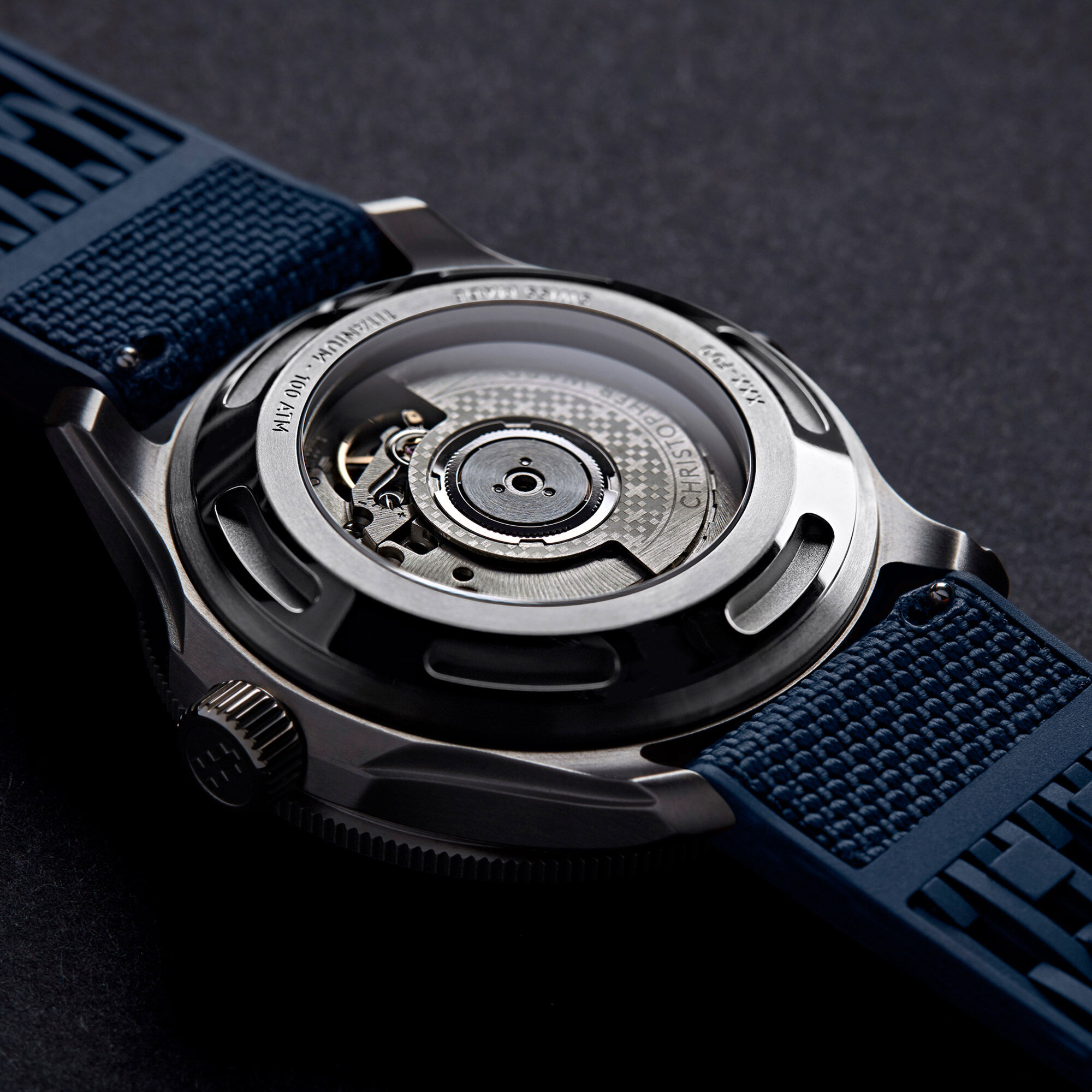 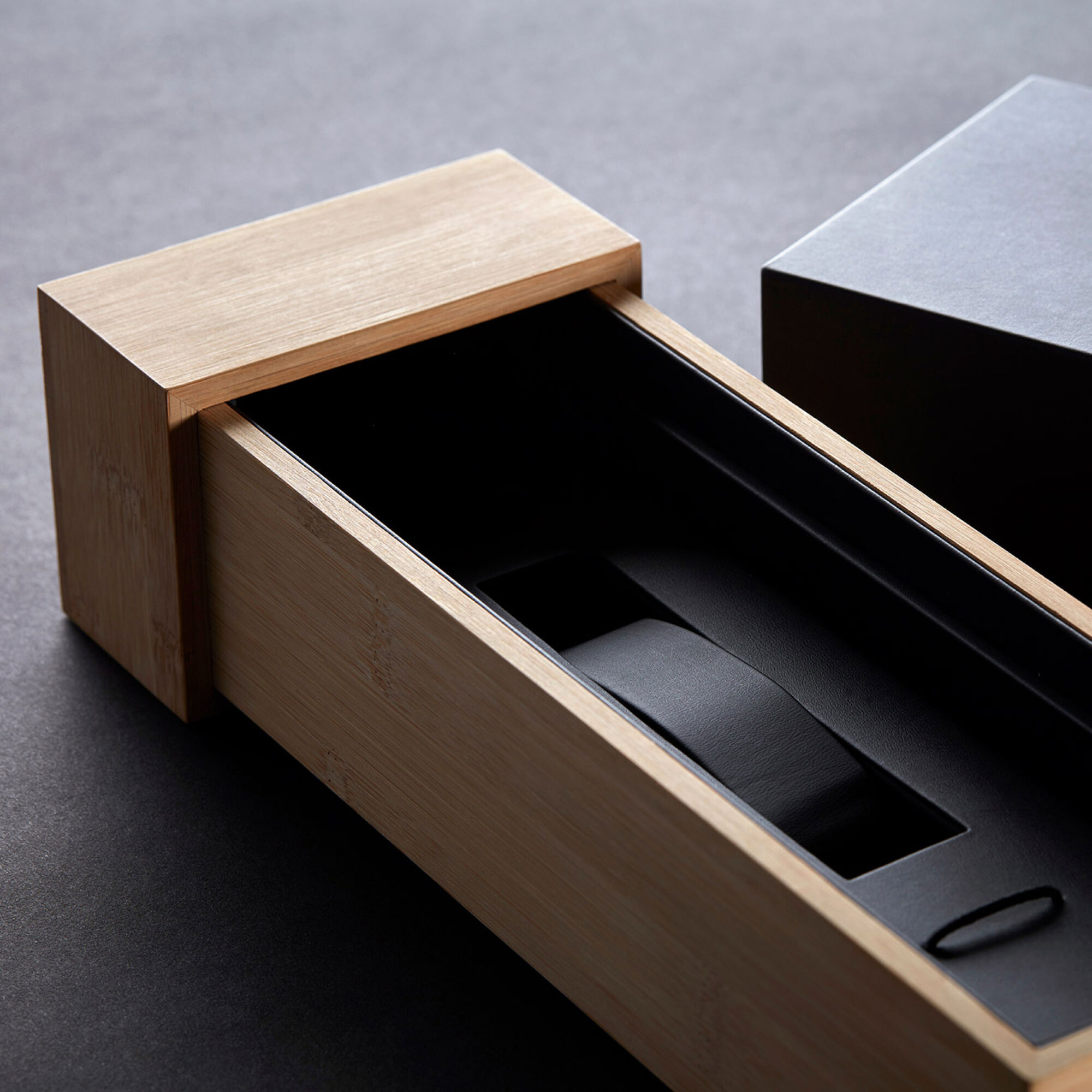 For life at the extremes

In the C60 Elite GMT 1000, CW has unveiled its first GMT-ready dive watch. But haven’t there already been Tridents with a fourth hand and 24-hour bezel before? Herein lies the crucial distinction: the lack of a countdown bezel in former releases meant they were classed as sports models rather than dive watches outright.

The C60 Elite GMT 1000, then, makes its debut in quite spectacular fashion. Water-resistant to 1000m, its ‘light-catcher’ case design is constructed from Grade 2 titanium – a material that’s both lightweight yet remarkably durable and corrosion-resistant. An integrated automatic helium release valve will also assist with equalisation during the ascent from a dive.

Yet the most significant new inclusion in the GMT 1000, somewhat unsurprisingly, is a flat 24-hour ring found around the outside of its shiny lacquered dial. Its presence, when read in conjunction with a fourth GMT hand, allows its wearer to read the time in two different zones at once (and whilst diving, if you felt so compelled).

And speaking of the GMT hand: its appearance has been tailored as part of two separate available colour schemes. The first is orange, as part of a blue and orange model; the latter in red as part of a red and black design, with a brushed ceramic bezel supplying a more tool watch-like aesthetic. Both use Grade X1 GL C1 Super-LumiNova® – the best possible lume available – that deep-fills its indexes, hands and bezel markings.

Powered by the Sellita SW330, a Swiss-made automatic calibre relied upon throughout the CW collection and across the wider horological landscape, its fourth GMT hand can be set against the time back home during that business trip or holiday abroad.

While it features many elements you’d expect of a modern self-winding movement – an anti-shock system, 4Hz frequency and 42 hour power reserve – the SW330 inside the GMT 1000 has also been chronometer-certified by the Contrôle Officiel Suisse des Chronomètres – an achievement that places it within the top six percent of all Swiss-made watches for accuracy. And despite the GMT 1000 being water-resistant to depths of 1000m, a 3.4mm-thick sapphire crystal proudly showcases the SW330’s workings, its rotor complete with CW’s Anglo-Swiss twin flag pattern.

Grade 2 titanium is renowned for its ultra-high strength-to-weight ratio and anti-corrosive properties. Which is why we’ve used it in the case for this extraordinary watch.

Turn the watch over and you’ll see the Sellita SW330 its intricately decorated rotor. A certified chronometer, it’s in the top six per cent of movements for accuracy.

For diving deep underwater, a helium release valve is a must. As you ascend, it aids the release of harmful molecules, enabling your watch to carry on functioning.

Changing the strap or bracelet gives the watch a great new look. And with our quick-release system it’s easier than ever before.

A diving instrument. A GMT watch. The key to the C60 Elite 1000 GMT’s flexibility is its twin bezels: the outer one for diving, the inner for global timekeeping. Which one will you use?

Use the GMT function

From deep in the ocean

If you’re scuba-diving one kilometre down, you need a timing instrument you can rely on. 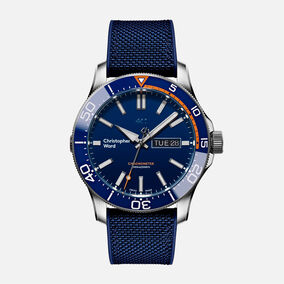 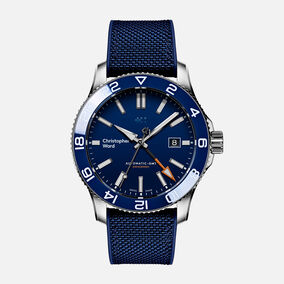 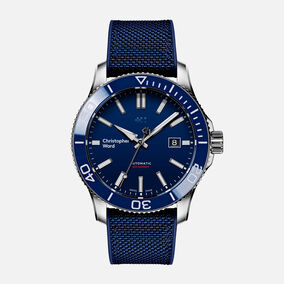 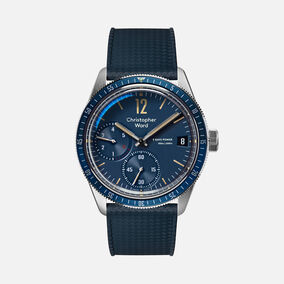