A visual exploration of the light–catcher™ case

The light–catcher™ case is a study in the development of Christopher Ward as a design entity. Originating in 2014, CW began the search for a design ‘signature’ – a strong look that would be identifiably theirs. In the past, the brand (like others) had justifiably been accused of homage – using the cues and tricks of well–established watch design in their early models. In common with many other watch brands, the case design of early CW models trod a predictable path; Germanic, straight and slab–sided, while the team’s attention was absorbed by clever dial design and movement–making.

“In 2014, we started to ask ourselves how best to stand out in this crowded market,” explains Mike France. “The rebranding was part of it, but it wasn’t enough – we needed to reach for an authentic design signature to stand for distinction, excellence, engineering – and that was about reimagining the case, and being architecturally–led.”

C3 Malvern
A simplified version for the entry–level Malvern Collection, sharing the same brushed side and polished lugs as the sophisticated C1

C65 Super Compressor
Built on the same principles as the C65, a fixed bezel and CW’s first cushion shape integrates the lugs into the case design

C60 Trident
A more rugged, masculine version for our contemporary dive collection. The critically important waistline was pushed down to slim the watch to the wrist

While the brand continues to upcycle all elements of its approach to watch design (the release of Trident 3 is a case in point), the appointment of Swiss watch designer Adrian Buchmann to lead the design team in 2015 was a catalyst for change.
“Ken Kessler said it in his article about the C65 Super Compressor – the case is critical,” says Adrian. “Case design can be lazy and formulaic; it’s a great area to make progression towards a distinctive look. My particular interest area, the architecture of case design, moved the collection forward.”

CW’s own movement, Calibre SH21, deserved its own case, so the Malvern collection went to be re–cased and re–designed first. “In the very first design meeting, I pulled out of my bag a model Aston Martin DB9,” continues Mike. “In those early meetings, the mood boards were inspired by a melange of ‘Britishness’; the rolling hills of Malvern, the organic forms of Thomas Heatherwick’s architecture and the engineering of British manufacturers. Adrian’s breakthrough was to identify the techniques in automotive design – those alternately brushed and polished facets which give the outline a ‘waist’ and visually pull the car closer to the road, that make it look aerodynamic, sleek, low and fast – and bring them into watch case design.”

Today, virtually all of our watches have the light–catcher™ case

A sympathetic re–interpretation of what made the original Grand Malvern design so appealing, and which shows the technical marvels within the watches off to best effect, the light–catcher™ case is here to stay. 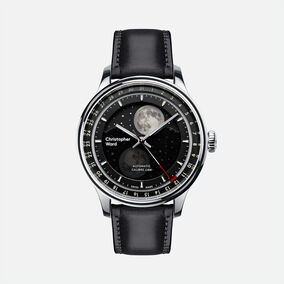 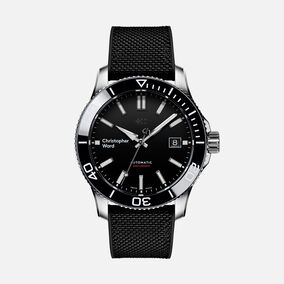 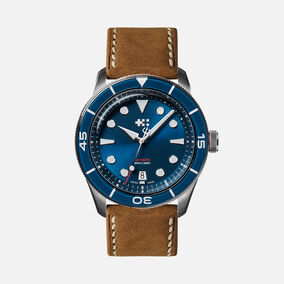