The Seychelles’ Aldabra Atoll is a haven for wildlife that’s rapidly disappearing under a tide of plastic pollution from industrial fishing. Can solutions be found before paradise is lost?

The remote Aldabra Atoll is an idyllic tropical paradise in the Seychelles archipelago. Sandwiched between two major current systems in the southwest.

Indian ocean, it’s a UNESCO World Heritage site, famous for its near-pristine ecosystems and bountiful high densities of seabirds, fish, sharks and turtles. Unhappily, it’s also become famous for being covered in trash, with one of the highest densities of accumulated marine plastic litter worldwide. The converging ocean currents, which give the island its fabulous flora and fauna, also bring an inescapable tide of marine plastic pollution, which washes up on the shoreline in dirty waves.

Local data collection in Seychelles quantifies pollution by amount and type, as well as where it’s found. The plastic waste is mainly from industrial fishing with hundreds of tonnes of nets, ropes and lost or discarded hi-tech Fishing Aggregate Devices (FADs), which end up wedged in mangroves, tangled in coral reefs and washed up on beaches. It’s what happens to these little-known tech devices after the catch that outrages environment-watchers worldwide.

“What happens at sea, no one sees”

Enter conservation biologist April Burt of the University of Oxford, who co-leads the Aldabra Clean Up project and researches the impact of marine pollution, particularly FADs, in the Seychelles.

“Seychelles is a developing state with 115 islands. Its people are intrinsically linked to marine ecosystems,” says April. “Under colonial rule, Aldabra was exploited. It’s only since independence in 1976 that it became a UNESCO site, and there are competing pressures to develop the economy as well as to protect the island. It’s an unfair situation. They’re the most impacted by threats of pollution, while doing the least to pollute themselves. The colonial dynamic still affects them; foreign powers are polluting and pillaging the region with no consequences to themselves.”

Meanwhile, there is simply an unacceptable amount of marine waste, including FADs, arriving on Aldabra. In 2019, April co-led a large-scale clean up where 25 tonnes of waste were collected and removed from Aldabra’s coastline – but that 25 tonnes dealt with just five percent of the annual waste problem. “We extrapolated data that showed over 500 tonnes of waste has accumulated on Aldabra Atoll alone, and more is arriving all the time. Eighty-three percent of the total plastic waste we cleaned up had come from industrial fishing – lines, ropes, nets and of course, FADs.”

You can think of a FAD as a ‘connected buoy’, which beams its location back to the ship that deployed it via satellite. Fisheries use FADs to attract fish, who circle beneath (fish will naturally circulate under anything that’s floating), making them more convenient to catch. It’s a fishing method that’s considered ‘dolphin-safe’ and therefore widely used to catch tuna. But FADs are incredibly dangerous to certain species, such as the silky shark (carcharhinus falciformis), which can get trapped underneath the device, unable to escape. For this single species alone, FADs cause 500,000 to one million deaths per year.

But it’s not just at the surface, or on the coastline, that plastic waste problems occur. As this pollution is caught on coastal reefs and rocks, it breaks down further, releasing microplastics into the marine environment with every high tide. We already know from wider research that microplastic harms coral health, and images of plastic-choked coral are horribly familiar from media reports. But plastic has all sorts of dramatic known and unknown further effects on ocean ecosystems. April explains more. “Plastic particles accumulate in the same ocean slicks as larval fish, and are often mistaken for prey by high-value, ecosystem-rejuvenating species such as tuna. If a fish like tuna ingests plastic particles, it can have far-reaching effects on the fish’s development, survival and fertility – and therefore that of the entire marine ecosystem.”

With the attention of the world’s leading academics focused on the subject of marine pollution and FADs, the problems are well defined. The route to a solution, however, is less clear-cut. The issues of marine plastic pollution don’t end with collection and removal; the Seychelles government is left with the cost and responsibility of transporting waste to landfill. The cost alone is staggering; from the 2019 clean-up data, April and her colleagues were able to estimate a total of $16m US required to safely dispose of the 1,800 tonnes of waste that has washed up on the whole of the regional Seychelles’ marine coastline.

As yet, the funds simply don’t exist. The EU contributes just $209,000 US per annum “for the purpose of environmental management”, despite the value of the fish sold in global markets being hundreds of times this price.

“The main international convention covering prevention of pollution of the marine environment by ships from operational or accidental causes (MARPOL) has been in place since 1973,” says April. “But it’s widely flouted or ignored. Following the ‘polluter pays’ principle, the companies which make vast profits from Seychelles tuna should be paying more as an environmental recompense. “Still, even if costs were covered, no amount of money could repair the damage FADs have already caused, and the yet-to-be discovered impacts still to be understood.”

Having regulations in place is one thing – enforcement is another. “Policing is extremely difficult,” says April. “What happens at sea, no one sees. Single ‘observers’ on ships are under extreme pressures. There is no deterrent for ships discarding or abandoning FADs and plastic trash into the ocean; no prosecutions for breaching MARPOL. Seychelles is already pressurised to police a huge geographic area with very limited resources against poaching, piracy and pollution.”

A high financial and environmental cost then, when industrial fishing methods are indisputably polluting marine and coastal ecosystems while simultaneously destroying the rejuvenating potential of valuable species like tuna; it’s a vicious cycle with no end, save for intervention. “It’s maddening because in defining the problem, we have only scratched the surface; it’s a hugely tangled web and calling the problem out is just the first step. The only solution is the complete removal of the use of drifting FADs,” says April. “It’s the fishing industry’s responsibility to start looking after the ecosystem on which it relies.” 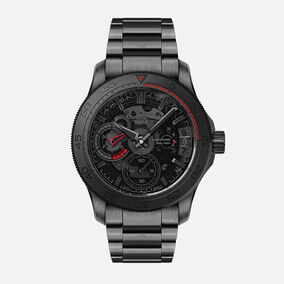 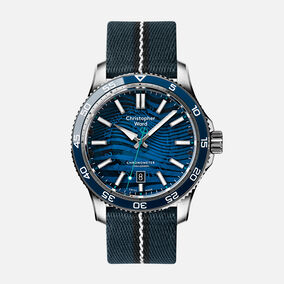 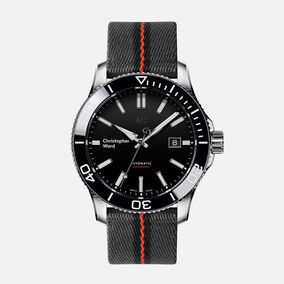