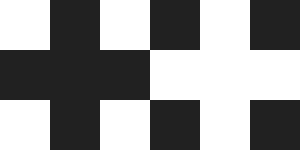 Find out about: Quartz Vs Mechanical

Quartz? Mechanical? It all sounds very confusing There’s no need to be confused. ‘Quartz’ and ‘mechanical’ merely refer to the type of movements you’ll find in watches. A movement – or ‘calibre’ – is the mechanism used to power a watch and tell the time.

So, what’s a quartz movement? A quartz movement uses an oscillator, regulated by a piece of quartz and powered by a battery, to keep time. The majority of watches you’ll find on the high street use quartz movements as they’re cheap to make and very accurate.

What about mechanical movements? Unlike a quartz movement, a mechanical calibre uses an uncoiling metal spring (the ‘mainspring’) to distribute power to the watch hands. This spring is wound up in two different ways:

One easy way to tell if a watch is powered by a quartz or mechanical movement is by looking at the seconds hand. On a quartz watch, it ticks once per second, whereas on a mechanical it sweeps smoothly around the dial. Christopher Ward makes quartz, hand-wound and automatic watches. But our primary focus is on the latter two.

What are the best movements? It depends on how you define ‘best’. There’s no doubt that quartz watches are super-accurate and far cheaper to make. But we think mechanical watchmaking is the ultimate expression of micro-engineering – and it’s where our passion lies. When you’ve seen a movement ticking away through an ‘exhibition’ caseback – as on the C60 Sapphire – you can’t help but be mesmerised by it. The vast majority of the world’s greatest watches have mechanical movements.

Tell us more about automatic movements Before the emergence of battery-powered quartz calibres in 1969, most watches carried automatic movements. Today, an automatic movement reminds us of the pre-digital days in the same way vinyl records link to the days before streaming. Automatics have evolved over the years, but the basics remain the same. As you move your wrist, a ‘rotor’ – a hinged semi-circle of metal – transfers that energy to the mainspring, increasing its tension. The mainspring uncoils and releases energy, which is regulated by a series of barrels, gears and springs until it moves the watch’s hands. A hand-wound movement, however, doesn’t have a rotor, so needs to be wound manually – usually with the crown on the side of the watch like our C65 Trident Diver.

Is there anything else we should know about automatics? They’re good for the environment. As long as you regularly wear your automatic watch, it will keep ticking. Which means you’ll never have to buy a battery for it.

Are mechanical movements as accurate quartz ones? No, nothing can compete with a quartz watch on keeping time accurately. But a reliable mechanical movement will only gain or lose around 30 seconds a week while a ‘chronometer’ (as certified by the Contrôle Officiel Suisse des Chronomètres) performs even better. Some chronometers only gain/lose a second per day – considering the number of different parts, and the level of intricacy involved, this is an incredible achievement. As technology improves, that accuracy will only grow.

Does Christopher Ward make its own movements? Yes, we were the first British watch company in 50 years to produce a commercially viable mechanical movement when we launched Calibre SH21 in 2015. As a certified chronometer, SH21 is in the top six per cent of all Swiss-made movements for accuracy. Thanks to its ingenious construction, it has a power reserve of 120 hours, which means that it can function for five days without being wound up. Aside from SH21, we also use Swiss-made calibres from the likes of Sellita, while our JJ range of modified movements push the boundaries of what modern watchmaking can be.

What do your mechanical movements look like? Both our hand-wound and automatic movements often feature our ‘twin flags’ emblem, while other models have engravings specific to the watch. For example, on the C1 Morgan Aero 8 Chronometer, a hand-wound version of SH21 has been skeletonised to reflect the engineering of the car. CEO and co-founder, Mike France sums up the Christopher Ward movement philosophy. “For us, the movement is the soul of the watch. It’s very much like a car engine. How it performs, how it’s made, how it looks – these are all pointers to the quality of the timepiece: and the ambition of the company that made it.” 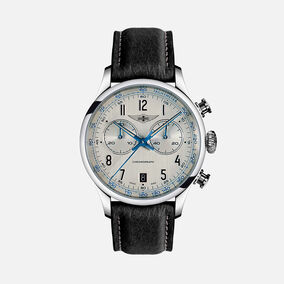 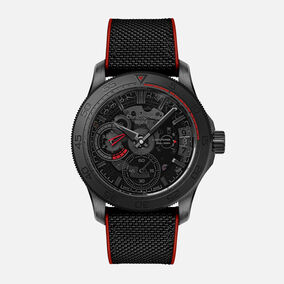 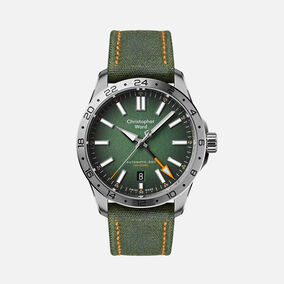 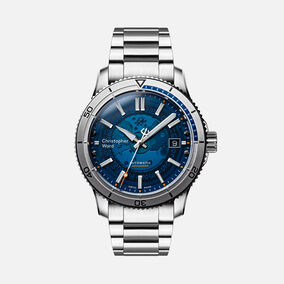