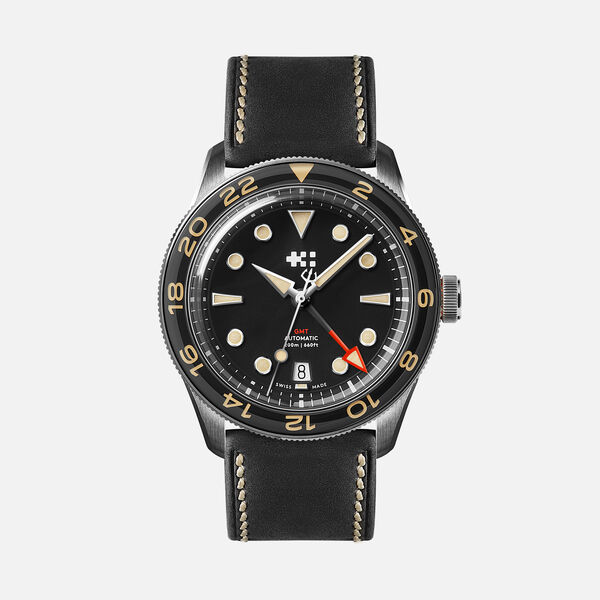 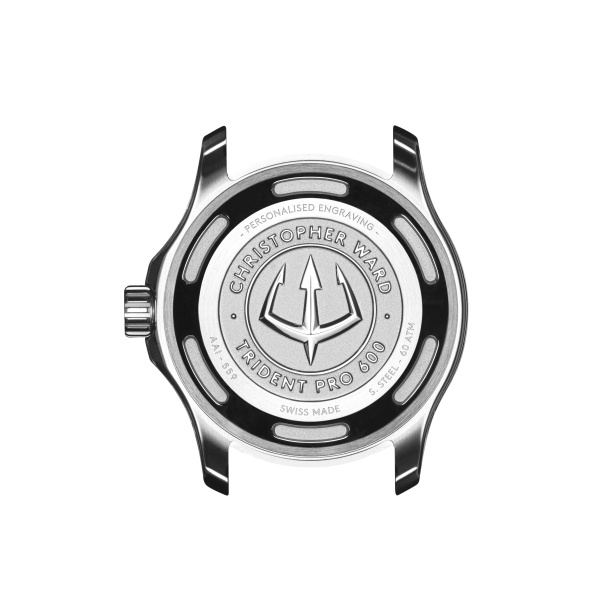 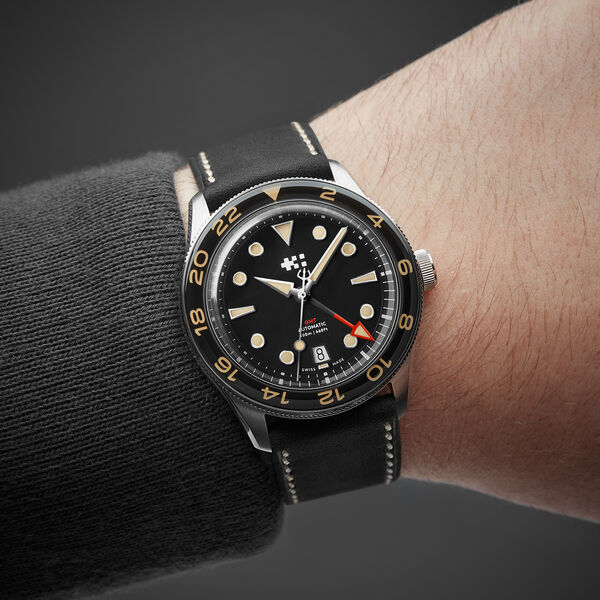 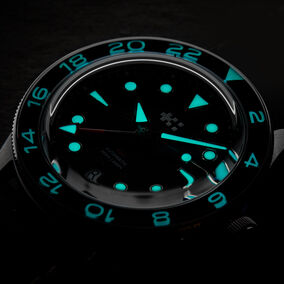 Few watches have quite the rugged elegance of the dual-timezone Aquitaine GMT, a globe-trotter’s companion of no mean ability. It pairs Sellita’s excellent new SW330-2 movement with sleek-yet-sturdy retro design, and – in its new Orca Black variant – adds a serious slathering of glamorous drama too. Equally generous are the globs of Light Old Radium lume, the pop of bright red on the GMT hand, and the glossy lustre of the sapphire bezel. We’ve simply never offered such a sophisticated retro-dive watch before.

Retro-dive watches and the GMT function – which adds a fourth hand, allowing you to instantly see the time in two time zones at once – go together like Fred and Ginger, Netflix and chill, mobile phones and the North Sea. Most world travellers aren’t going to carry a wardrobe of watches everywhere they go, after all; instead, the ideal travel piece is a chameleon of sorts, doing everything you could possibly need when you need it. It’s chic enough for the evening, sensible enough for the business meeting. It’s happy to swim with you or party with you, be dressed up or dressed down. The new Orca Black Aquitaine GMT manages all these in consummate style, pairing Sellita’s highly regarded SW330-2 movement with the C65’s refined retro looks to make the perfect go-anywhere pal.

We can trace GMT watches back to the Rolex GMT-Master of 1955, commissioned by Pan Am – then the nearest thing America had to a flag carrier, and one of the world’s great international airlines – at the birth of the Jet Age, when nothing was more thrilling than world travel. Created for the pilots of their new Boeing 707s – America’s first jetliners – these watches made it easier than ever to keep track of both local time and GMT time (the UK time zone, used as a time standard by pilots) simultaneously, thus preventing potentially devastating disarray in the skies.

Once the word about these things got out, of course, all the passengers wanted one too; indeed, everyone from Fidel Castro to Pablo Picasso could soon be seen with a GMT on their wrist. In a world before smartphones, what better way to easily be reminded of the time at home? GMT watches marked you out as an intrepid adventurer, happy to hop-scotch across time meridians on the regular, a true man or woman of the world.

GMT complications both look striking – with that big ol’ GMT hand front and centre – and can prove extremely useful, but though the classic red-blue ‘Pepsi’ bezel of the first GMT-Masters is a design classic, no doubt, it’s no longer the only way to go. The Aquitaine GMT makes that clear. Already available in the crisp, cool combination of White Sand and Marine Blue, we’re now pleased to offer it in the beguiling cool of Orca Black.

Aquitaine has always boasted classically sophisticated 1950s style – thanks to its curved box sapphire crystal and domed sapphire bezel – but it now references the likes of the Blancpain Fifty Fathoms more closely than ever. Beneath the high gloss and the feline curves, however, it’s every inch the modern watch, awash with up-to-the-minute features, from water resistance to 200m to such unexpected innovations as Dry Marshal, a new safety indicator to remind you to check the screw-down crown is fully tightened before you plunge to the bottom of sea or pool.

As with every Aquitaine, the new Orca Black GMT boasts an appealingly polished feel, and fits a wide range of wrists beautifully, thanks to an especially short lug-to-lug length. With improved water resistance, brighter lume and a new tapered bracelet with elegant screwed links, it’s as drool-inducing as it is dynamic, a watch with the same winning combination of beauty and brawn as an E-Type Jaguar. As such, it’s perfectly suited to the modern jetsetter with a twinkle in their eye, and adventure in mind.

Christopher Ward donates five percent of the sales value of every C65 Aquitaine sold to Blue Marine Foundation (BLUE), a charity working to protect our oceans and addressing the issue of overfishing. Over the next few years, we aim to raise over half a million pounds for BLUE.

The new, high performance Sellita SW330-2 movement is the perfect alternative to the ETA 2893-2, combining superb accuracy with GMT timing.

Just 4.1mm thick, the SW330-2 has 25 jewels and beats at 28,800 per hour, while offering an increased power reserve of up to 56 hours. The central GMT hand can be set independently from the hour and seconds hands too.

Aquitaine’s curvaceous style has roots in the very first modern dive watches of the early ’50s, and the launch of the game-changing Blancpain Fifty Fathoms, in particular. Its curved sapphire bezel catches the light in the most enchanting ways, while being almost impossible to scratch. In fact, it’s the toughest bezel CW has ever offered.

Christopher Ward’s Light-catcher™ cases are rightly celebrated, and Aquitaine’s is perhaps the most elegant yet. A surprisingly short lug-to-lug length makes this one 41mm watch that will suit almost any wrist.

Aquitaine uses the superior Super-LumiNova® Grade X1 lume on both dial and bezel, making it one of our brightest watches to date – especially since its sapphire bezel insert allows the lume there to really glow.

Aquitaine boasts our best-ever bracelet, tapering elegantly from 22mm at the lugs down to 16.5mm, and boasting screwed rather than pinned links, something our customers have been clamouring for.

With a central GMT hand that can be set independently from the hour and seconds hands, and up to 56 hours of power reserve, the new Sellita SW330-2 raises the game for affordable GMTs. 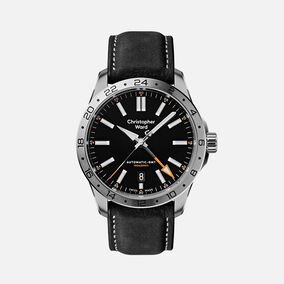 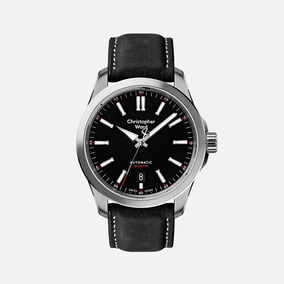 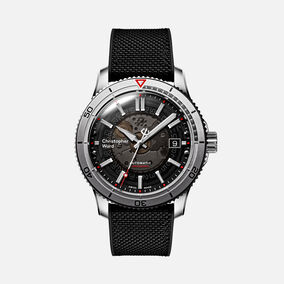