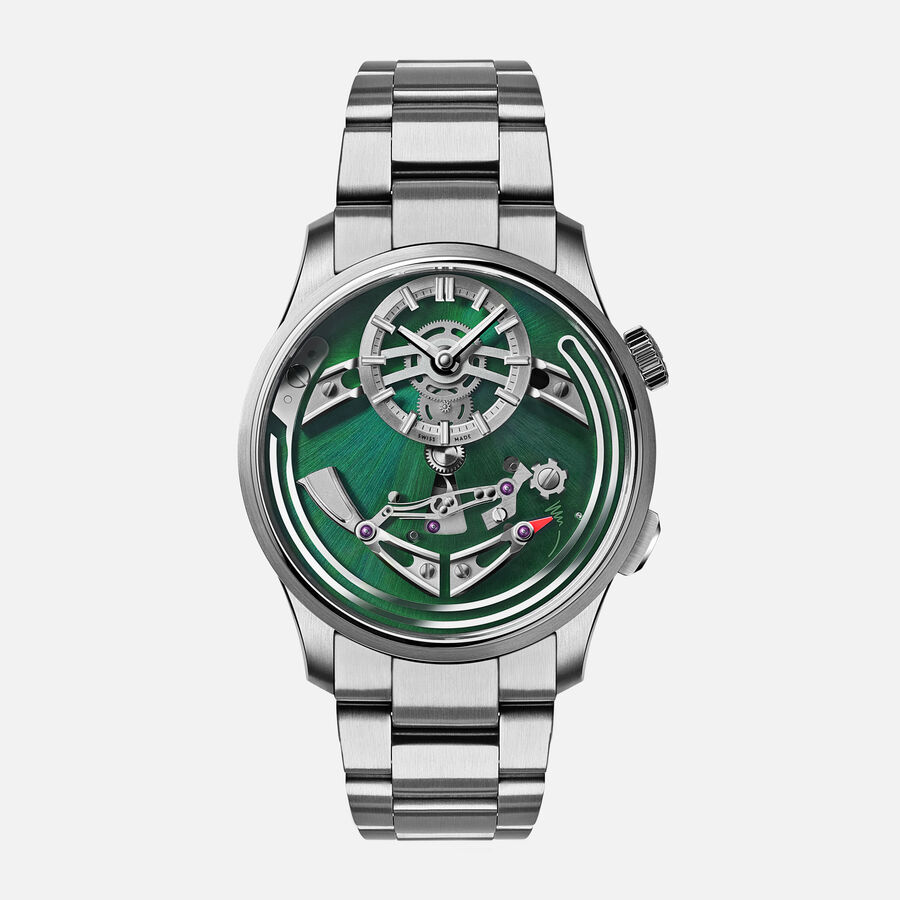 It’s truly been our finest hour! In just a few hours, we’ve sold all 300 pieces of the extraordinary C1 Bel Canto. It’s easy to see why.

Register your details to be added to the Bel Canto waitlist & receive an exclusive update on what’s in the works!

What the press say about the
C1 Bel Canto

“Christopher Ward has just set a new benchmark in the watch world with what is one of the most affordable Swiss mechanical chiming watches.”
– Ambrose Leung

“This is a big moment. Not just for Christopher Ward, but for watches. It’s a first of sorts in an industry that is often rinse-and-repeat. That seems to fear trying new things or taking risks. For fans of the brand, fans of complications, and frankly, fans of horology, the C1 Bel Canto shouldn’t be overlooked”
– Zach Weiss

“The Bel Canto is a masterpiece.””
– Andrew Morgan

Watchmaking is primarily seen as a visual art.

Yet horologists have long used sound to denote the passing of time.

But to bring sound into the miniature world of the mechanical watch movement takes, not just an intimate knowledge of horology, but also determination, curiosity, and ambition.

Bringing those qualities together has resulted in CW’s most advanced timepiece yet: the C1 Bel Canto. A watch that sounds as beautiful as it looks. A watch whose initial run of 300 sold out in an afternoon.

Now, we present the second C1 Bel Canto – this time in ‘Verde Green’.

As with the original Azzurro Blue version, the watch combines haute horlogerie with a level of finishing usually reserved for the most exclusive – and expensive – Swiss timepieces.

From the first sketches, the goal was not just to provide a watch that chimes on the hour, every hour, but also to showcase the striking mechanism. As time passes, the movement of the hour and minute hands on the floating time-telling dial draws the chiming ‘hammer’ until it strikes the steel spring which curves around the edge of the dial. The sound is both melodic – and discernible from the wrist.

This is possible thanks only to the FS01 movement, a new in-house module created by CW’s technical director Frank Stelzer. Ingeniously, Frank adapted our ‘jumping hour’ movement (Calibre JJ01) into a striking mechanism by adding more than 60 new components. However, this was only the start of a three-year journey that eventually led to Bel Canto.

Frank and our design team worked tirelessly to refine both the aesthetics and sound of the watch. For example, over 80 different springs and hammers of different materials, lengths and shapes were tested (and rejected) before the sought-after ‘beautiful singing’ chime in the key of D was achieved. In a treat for the eyes, the bridge-and-hammer mechanism on the dial resembles a songbird.

Should you wish to silence the chime – heaven forbid – a button at 4 o’clock can be set to the ‘on’ or ‘off’ position, while ringing status is indicated by a small red arrow – the songbird’s ‘beak’ – next to the button.

And so, we’re proud to present the second Bel Canto, a watch born equally of inspiration and perspiration: a timepiece of rare beauty that also makes the highest level of watchmaking accessible to more people than ever before.

Created by CW’s technical director Frank Stelzer, Calibre FS01 is an ingenious modified movement with Christopher Ward’s DNA in every cog and spring. With an inspired piece of lateral thinking, Frank realised that CW’s ‘jumping hour’ movement could be adapted to create a chiming sound on the hour, every hour. More than 60 new components form the striking mechanism module which sits atop a Sellita SW200-1 base movement which provides the 38-hour power reserve.

The art of sound

The watch’s chime comes courtesy of a steel spring which is placed around the edge of the dial. It’s been tuned so the sound is a delight for the ears while being loud enough to be heard from the wrist.

The time-telling subdial ‘floats’ over the sunray-finished Verde green dial, giving the wearer a feeling of depth. The hands and indexes are filled with Super-LumiNova® for after-dark visibility.

The multi-layered architecture of the Bel Canto’s dial is enhanced by the exquisitely executed polishing of the hammer, spring and bridges – which together resemble a songbird. Crafted by hand (under microscope) by some of Switzerland’s finest artisans, finishing of this standard is usually the preserve of only the most exclusive and expensive brands.

A case built for sound

Our Light-catcher™ case has had a subtle but sporty makeover. The first CW case made from Grade 5 titanium, the metal – which is denser than steel – has been chosen for its ability to amplify sound. The internal architecture of the case has also been designed for the same reason.

The sound
of silence

By pressing the pusher at 4 o’clock on the side of the case, you can switch off the chime – something that’s shown in the movement of the red indicator on the dial.